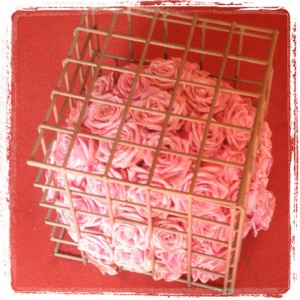 What is a trauma?

The word trauma comes from Greek and means “wound”. Trauma is a “psychological wound” that can be provoked by different situations. For example, when we speak about traumas, we generally associate them  to problems caused by big natural disasters or those that are due to human pathology – wars, accidents, abuse etc. We specialists, define them as “T” Traumas” because of the the heavy impact they have. There is also another kind call “t” traumas, and they originate from facts that seem of little importance but due to the damaging effect they can have, they may lead to the disorganization of a person’s inner world, in this latter case,  we would be talking about vulnerable situations, abuse,  the switching or changing of roles in the family.

However, the size of a trauma does not determine the level of damage that it produces. A “T Trauma” can be as damaging as a “t trauma” as it depends on the life experience of each individual, on a loving environment, when the trauma occurred and on its recurrence in time. In the trauma clinic,  the origin of the trauma is not so important; what are more important are the effects that it provokes as they can end up having such a strong impact on the health,  self-confidence and well-being of the individual,  and he or she can generate false and destructive beliefs about him or herself and his or her surrounding world.

HOW DOES TRAUMA BEHAVE?

Circumstances are regarded as traumatic when they delay a person’s ability to react to them.  This kind of experience includes feelings of inadequacy, terror and fear by the survivors. After exposure to a traumatic incident symptoms such as anxiety,  intrusive re-experience,  dreams, nightmares and depression can appear. That’s why, when people are faced with input or stimuli that remind them of the traumatic event,  be it consciously or unconsciously,  they usually worsen symptomatologically and they may try to avoid exposure to these so- called “evocative” stimuli.

For certain people,  this initial symptomatology can disappear in a few weeks but for many others,  the symptoms do not improve as time goes by and a post-traumatic stress disorder – PTSD becomes generated. In any case,  not everyone who suffers from a traumatic situation develops PTSD.

In children, owing to their tender age,  trauma-suffering is seen to be more frequent than in adults, due to the fact that they demonstrate very primary development in certain cerebral structures.

Adults who were traumatised during their childhood or who lived through painful experiences – death,  serious illness,  deliberating illness or drug abuse by their parents – tend to show more propensity to being traumatised again when they are exposed to overwhelming incidents.

This process involves facing the impact and the significance of the traumatic experience.

EMDR psychotherapy is recognized by the WHO as especially useful in  recovery from trauma.